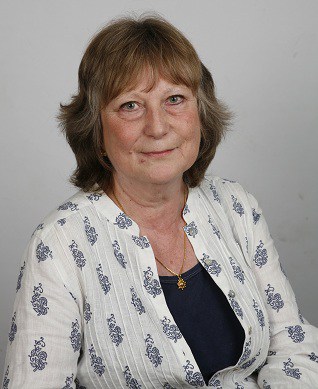 There are an estimated 50,000 people each year who sit exams under their own steam. To put that into perspective, that means there are the equivalent to the population of Bognor Regis or enough students to fill roughly 30 secondary schools of these so called private candidates.

These ambitious people have made the decision to change their lives, they are often studying independently through online and distance learning providers like NEC and have to organise their study time around many other commitments.

The majority of private candidates are adults and young people whose circumstances make it difficult or impossible for them to attend school or a college of further education, including those with disabilities, people in long-term hospital care, those serving custodial sentences, people with caring responsibilities and people in employment who are studying part-time.

The majority of them choose a distance learning provider for their studies as they are not able to attend classes at a fixed time and place. These students are usually highly motivated because they need the essential entry qualifications for apprenticeships, higher education and professional courses.

As they don’t have an institution to make the necessary exam arrangements for them, they do this themselves and pay their own exam fees. With no requirement for schools and colleges to accept them this can often present a challenge.

There are some public-spirited organisations that do their best to welcome private candidates, such as Hills Road Sixth Form College in Cambridge and other NEC partnership exam centres. They, like us, believe that private candidates for exams deserve to be greeted with welcoming arms rather than have doors shut in their face.

Now private candidates may have further hurdles to jump with the proposed changes to the current system.

These have come about as a result of new JCQ (Joint Council for Qualifications) regulations introduced this March that require non-examined assessments (NEA) of GCSEs and A levels to be undertaken in the same place as the written examinations. These candidates are at risk of not being able to gain GCSE and A level qualifications in subjects with NEA elements. These include all the A level science subjects, history, English language and English literature A levels, modern foreign languages and the English language GCSE, which has a speaking and listening endorsement.

Up until the new regulations were drafted there was enough flexibility within the exam system to make it possible for the NEA to be handled separately from the written exams. This flexibility was a great benefit to private candidates.

At NEC we are optimistic that a solution will be found to make it possible for all private candidates to reach their goals. In the meantime, NEC is able to offer a solution to students, working with our partnership exam centres. As we said earlier we would like all private candidates for exams to be greeted with welcoming arms, rather than have doors shut in their face.

In a recent letter to Secretary of State for Education Justine Greening, I set out what steps could be taken in removing this barrier to private candidates sitting GCSE and A levels examinations. In short, we need someone to stand up and take responsibility for this group of students and ensuring that new policies being implemented do not adversely affect them. We need the regulators Ofqual, the awarding organisations and the Joint Council for Qualifications to think about the needs of this group of students when changes to policy are being considered.

You can read my opinion piece in the latest issue of the Times Education Supplement about this subject, and join in the debate on our social networks.