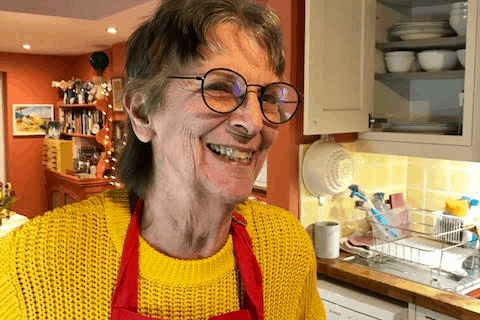 When lockdown hit, Diana (83) decided to use her time shielding to pursue a subject that has fascinated her for the last 10 years.

Born in 1937, Diana passed the eleven-plus but home life made studying difficult. With parents focused on marriage prospects, she left school at 14 and went out to work. Diana had many jobs including working as a model, shop girl, show girl and cleaner but despite having no further qualifications, pursued many of her interests. In her 20s she travelled by car across Europe into Turkey, through the Middle East and into Afghanistan in a journey of 1000s of miles in a second hand Range Rover. Later Diana also became involved in activism, going to the anti-nuclear Aldermaston marches at which she slept in a sleeping bag and joining demonstrators outside of South Africa House after the Sharpeville Massacre in 1960.

An advocate for lifelong learning

Diana became a writer and during her career published two novels, a memoir and most recently, ‘Strictly Ballroom’ in 2015. This latest publication follows Diana’s journey taking up ballroom dancing at the age of 72 to help her deal with the bereavement of losing her husband, advocating the importance of learning and staying active. Diana continues to write articles and take up new learning challenges, taking up maths and algebra recently. During the pandemic-induced lockdowns in which Diana had to shield, she continued to stretch herself by teaching herself French with Duolingo, reading physics books and staying fit on her exercise bike. Diana also used the extra time at home to pursue a subject of great interest to her – philosophy – using the NEC A level Philosophy course to do so.

The key draw to NEC for Diana was the flexibility of online distance learning.

“As a night owl, I prefer to study at night – going to classes just wouldn’t suit me.”

A level Philosophy was the perfect choice, allowing her to learn more about philosophical principles such as truth, metaphysics, ethics and humanity’s place in the universe. Through studying Diana has loved being able to discover which philosophers she enjoys reading, including Plato, Hume and Locke and remembers her first assignment particularly standing out for her as she built up the confidence to send it off to her tutor, and received positive feedback in return! 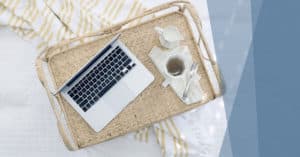 Despite being worried about her computer skills initially, she found that, with encouragement from her tutor and advice from our Student Support team, she enjoys studying in this way and would be interested in further study.

“The person I first spoke to was so friendly and informative”

As an organisation committed to lifelong learning, we love stories like Diana’s as she demonstrates that it is never too late to try something new. She continues to promote the importance of trying new things, pursuing a wide range of interests and hobbies into her 80s. We have seen so many people return to education to make the most of their time at home and the pandemic has opened up new areas of interest for so many. If, like Diana, you are interested in pursuing your academic interests, our online courses supported by expert tutors are the right pick for you.