Excelling in English to study at Cambridge 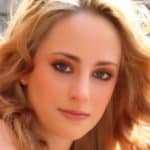 21-year old Miranda Stocks already had four A levels when she started studying with NEC in September 2012.

The trouble was that none of the four was in English, the subject she was planning to study at degree level. She had left Beacon Community College in Crowborough, East Sussex in 2011 with A levels in Biology, History, Government and Politics and Art: Critical and Contextual Studies. Just two years later, Miranda has achieved A*s in English and Classics, fast-tracking both subjects and studying through online and distance learning with the National Extension College, and an upper second after her first year at Hughes Hall College at the University of Cambridge.

Although Miranda left school knowing she wanted to go to university, she wasn’t sure what subject she wanted to take. She made the sensible decision to take a couple of years out of education and started working at Waitrose as part of the customer service team. When the time came for her to pick up her studies again, she found that her old school was in the process of changing exam boards for English so couldn’t allow her to fast-track, taking the AS and A2 parts of the A level in a year.

She started thinking about online and distance learning as a way for her to achieve her academic ambitions. By then, she had thought more about her career options and found out that a degree in classics would equip her better than a degree in English for a career in art crime prevention.

‘I chose NEC as it was the only option for fast-tracking both the subjects I wanted to study,’ says Miranda. ‘It was also the only distance learning provider offering classics. I was really impressed by the advice I was given on the phone. Having that direct contact with someone who understood my situation so well swung it for me. Once I got started, I found that the friendly approach I first heard on the phone is shared by everyone working at NEC. People were always eager to answer even my most trivial questions.’

The flexibility of the course was another of the key reasons Miranda chose NEC. There were no fixed deadlines for assignments – crucial when you’re working and studying at the same time. The offer of a place at Cambridge University was conditional on her achieving grade As in English and Classics.

Miranda found it invaluable to have the complete A level courses at her finger-tips so that she could read everything and then consolidate her knowledge:

‘When I first signed up with NEC, I was concerned about doing coursework through an online organisation where students don’t have an ongoing discussion with their teachers face-to-face. But I needn’t have worried. My tutors were both terrific. They were always prompt to reply to my emails and consistently gave in-depth responses to my assignments and coursework. What’s more, they really boosted my confidence just before exams, offering kind words and support.’

She concludes: ‘Provided you motivate yourself, you can achieve top grades through online learning just as you can in a classroom. I think it is a huge credit to NEC that I was able to score over 90% in the majority of my exams and exceed my offer from Cambridge by getting two A*s. Without the support and guidance the NEC gave me, that wouldn’t have been achievable for anyone working under similar time constraints.’

Miranda is now studying for a degree in Human, Social and Political Science, having changed course from Classics. She has chosen modules in biological anthropology, archaeology and classical art for her second year. Once she has graduated, her ambition is to study for a Masters degree and to pursue a career in art crime, recovering stolen paintings and uncovering forgeries.

Miranda describes her experience on our A level English and Classical Civilisation courses, including how our in-depth, responsive tutor support exceeded her expectations of distance learning.