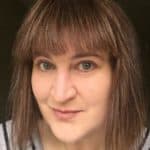 Today’s NEC Blog is a guest post by Linda Baldwin. Linda has been working for the specialist part-time and flexible recruiter Capability Jane since 2008 and has also been a home educator since 2010 when she and her husband Mark legally de-registered their son Sam from primary school. Neither of them are qualified teachers, but at least one of them has been able to work from home since making this decision, facilitating a child-led home schooling education plan. Now they have reached the milestone of GCSE examinations, Linda reflects upon the decision they made almost seven years ago.

Disruption is all about risk-taking, trusting your intuition and rejecting the way things are supposed to be.’ That’s the view of business entrepreneur and philanthropist Richard Branson.

Home education is considered by education traditionalists to be a somewhat subversive movement. In the world of business and technology, however, disruption and rebellion are encouraged and celebrated – think Uber and Airbnb, which in less than a decade have shaken up the two everyday consumer service industries of taxis and short-term lets. Disruptive brands are intrepid, dynamic and bold, challenging norms and offering alternative lifestyle choices. From my perspective as a home educator, ‘disruptive’ is the perfect description of home education.

When our son was nine years old we removed him from school and began a home-based education. Our decision was driven by seeing our formerly bright and sociable child becoming anxious and withdrawn, and with a debilitating stammer which necessitated weekly speech therapy. Combined with yet another parents’ evening of platitudes and very little to show for his last term of work, we could no longer ignore the alarm bells.

In January 2017, the BBC reported: ‘According to the latest school census, in 2016 there were 17,780 state secondary school children in 2016 being taught in classes with 36 or more pupils. This is the highest number for a decade.’ In 2016 The Guardian reported that ‘More than half a million (primary) children are being taught in “super-size” classes of more than 30 pupils as overstretched primary schools struggle to cope with the surge in demand for places.’ Home education is becoming a ‘third way’, an alternative to an education in the state system’s overcrowded classrooms or the privileged halls of the independent sector. The state system has been a disappointment to many while independent schools are affordable only to a minority of families.

From ‘unschooling’ to GCSEs and A levels

Our home-schooling journey began with a period of ‘unschooling’. Our son quickly developed new interests and began to flourish; his stammer retreated and his confidence returned. After a few months we decided to explore the national curriculum using key stage books purchased online. We gave him free choice, and in the Montessori style of learning, he explored just one subject at a time until he felt ready to move on to something new. He struggled with writing manually, so used a laptop instead.

When he was 15 he felt ready to start working towards GCSEs. As parents we applied no pressure on him to sit formal exams. The decision has been his alone, and so empowered, he has been highly motivated and fully committed to studying.

Today our son is 17. I am proud of the well-balanced, sociable and mature young adult he has become. He has just completed GCSE exams in English, psychology, sociology and law as a private external candidate at a friendly and accommodating independent school near where we live. He used a laptop for every exam and can type accurately at over 200 characters per minute.

Next year he plans to sit his GCSE in mathematics with the help of NEC, alongside A levels in psychology, sociology and law. He hopes to go on to study forensic psychology at university.

I believe that the future for home education is one of enormous growth. With distance learning providers such as NEC, it is an affordable solution for families for whom the alternatives are no longer a viable option. So many additional learning resources are easily accessible, and many are free, online and interactive.

Linda recalls her positive experience of home schooling her son, who studied GCSE mathematics with us, alongside working towards A levels in psychology, sociology and law.