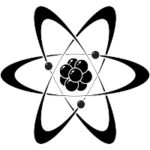 Thanks to studying A level physics, 34 year old Robert Coleman from Norfolk has a new-found fascination with the prospect of space tourism as a real possibility in the not-too-distant future.

He’s intrigued too by the continuing efforts of scientists to make nuclear fusion a viable energy source through international nuclear fusion project ITER. Now he’s off to work in the aerospace industry while he studies part-time with the Open University for an engineering degree.

University is not the future Robert envisaged for himself when he was in his early twenties. After doing well in his GCSEs, he went to college to do A levels but had lost interest in studying and left with low grades and no wish to carry on studying. His mind set on adventure, he joined the RAF as an aircraft technician.

The practical engineering training Robert was given by the RAF ignited his ambition. During his final two years of service, he started thinking about how to develop his career once he rejoined civilian life. His original plan was to study full time at university. Once he found out he would need A levels in maths and physics to be offered a place, he had a rethink and signed up with NEC so he could study while he was stationed in the USA. Robert started his NEC course in October 2016 and sat his exams in summer 2017.

‘The core practical experiments were what impressed me most about the course because they’ve been adapted so you can carry them out at home with minimal equipment,’ he explains. ‘You’d expect to miss out on the experience you get in a classroom if you’re studying a science subject through distance learning, but that’s certainly not the case with NEC. I used a mobile app to access the textbooks, which meant I could squeeze in extra studying whenever I got the chance.’

Now Robert is a physics champion. ‘If you’re the slightest bit interested in science and technology, study physics,’ he says. ‘It explains lots of things that most of us take for granted, from how to make a safe electric toothbrush charger to how noise-cancelling in headphones works. Seeing the science behind the everyday is the best way to build the confidence of aspiring engineers and scientists so they can be the next people to push technology forward.’

Robert explains how studying A levels in Mathematics and Physics whilst stationed overseas with the RAF opened up his ambition to gain a degree in Engineering.