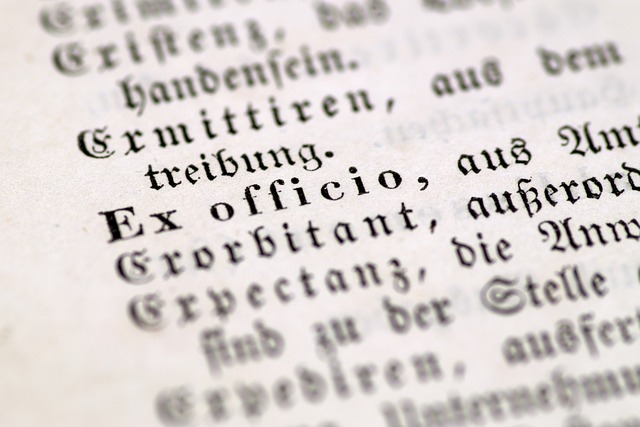 With around 60% of the English Language having its roots in Latin, you’ll find there are Latin words that you will know already and not even realise. ‘Aqua’, for example, meaning water, is used in words such as ‘aquatic’, ‘aquarium’ and even DC Comics’ favourite Atlantan Aquaman. There are so many reasons to study Latin, such as the ability to understand medical terms and improve your nerd-credentials with Harry Potter spells, but Latin provides a skillset that can be taken into any professional field.

How can you use Latin in your career?

Knowledge of the Latin language can help you on any career path, and not just the obvious ones.

English Literature and Language – Studying Latin can help you gain a deeper understanding of the English language, teaching you the formation of words and the roots of vocabulary that we still use today. In a practical sense, it can expand your vocabulary and give you access to a wealth of literature that exists from the ancient world.

Other languages – If you want to try out an online course in order to progress to study other languages with the National Extension College, Latin is the root of other European languages, namely French, Spanish and other Romance languages.

Law – Not only do many legal terms (‘ad hoc’, ‘caveat’, ‘de facto’, etc.) derive from Latin but studying this language shows your ability to analyse information and learn a new language.

Medicine – Like law, a lot of medical terminology derives from Latin. Not only does that mean you will be able to understand the roots of words you’re coming across but they may help you to more easily memorise these terms. A study published in the Journal of Medical Case Reports last year found that a use of Latin terms in medical case reports is an essential way to share clinical findings with researchers from all over the world (Lysanets and Bieliaieva, 2008).

Art – Understanding the artworks of the ancient world can be enhanced with a knowledge of Latin. A pairing of arts and languages can prepare you for work in conservation and curation, and aid your travel experiences.

Religious Studies – The Latin Bible has been used in Catholic churches since the 4th century. Although it has been translated into hundreds of languages since then, imagine taking your first steps towards being able to understand Latin mass!

Computing and IT – Much of what you will go on to learn on a computing and IT course will be based on a wide variety of programming languages. Through studying ‘Latin: A Course for Beginners’, you will be able to demonstrate your ability to learn a language and implement it in a practical way.

Whether you want to read historical or legal documents, decipher memorials or the Latin mass, or simply want to learn something new and different, our ‘Latin: A Course for Beginners’ will help you gain a good understanding of the language, providing a strong foundation from which to build valuable language skills.