The road to Cambridge University and beyond! 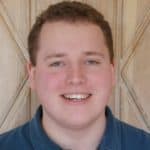 Elliot Stevens is one of a growing number of students who’s made use of NEC’s courses while being home-educated, and has now embarked on a degree at one of the world’s most prestigious universities.

It’s proof of just how flexible learning with NEC is – whether you’re hoping to improve the prospects of a group of troubled youngsters or gain UCAS points to study at a top-flight university, NEC can provide the solution.

Nineteen-year-old Elliot Stevens from Nottinghamshire studied government and politics, history and law A levels with NEC, taking his A2 exams last summer. He achieved top marks: A and A* grades in all three subjects, and was subsequently accepted to study law at Cambridge University’s Robinson College.

Elliot has been an NEC student for many years, at both secondary and further-education level – he’s a great advocate of home education, and proof that with commitment and hard work, top results can be achieved outside of the classroom.

‘I was home-educated from the age of 11,’ he said, ‘and distance learning gave me the opportunity to choose the subjects I wanted to study, and allowed me to set my own timetables and plans for learning.

‘This allowed me to learn the way I wanted to, when I wanted to, and thus gave a greater degree of freedom. I chose NEC as it offered a wide range of subject options, provided a great degree of flexibility, had thorough and complete courses, and also had a good support network.’

Elliot first studied with NEC when he was 13, taking a number of GCSEs and IGCSEs before moving on to A levels. With so much experience of learning at home, he’s in a great position to offer advice to others considering gaining qualifications through distance learning.

‘Take it seriously and make a commitment to your ambition,’ he advised. ‘Good planning will help tremendously. I enjoyed learning new things and knowing that I was working towards a goal, which for me was to attend university.’

NEC is particularly proud of the quality of its tutors, all of whom are experts in their subject areas and have a great deal of experience of helping students achieve top results through distance learning. Elliot described his law tutor, Philip Taylor – a practising barrister – as ‘particularly excellent’.

Having begun his law degree, Elliot now has a new goal to work towards: gaining a top honours degree and moving abroad to follow his dreams.

‘I am very interested in American history and politics,’ he explained, ‘and ultimately I plan to live and work in the USA.’

With a law degree from one of the world’s best universities, as well as his fantastic A level results from NEC, there’s no reason why Elliot shouldn’t go on to achieve his aims.

Elliot’s academic success continued at Robinson College.  In his first year, he was awarded three prizes from the Faculty of Law at the University of Cambridge: the Glanville Williams Prize for Criminal Law (jointly with another student), the One Chancery Lane Prize for the Law of Tort, the Sweet and Maxwell Prize (for the highest ranking candidate in the law exams). From Robinson College, he was awarded the Victor Chu Prize for Academic Achievement (jointly), the College Prize & College Scholarship and the Nicola Blakeman Memorial Prize (jointly). He had already won the Robinson College mooting cup competition, in which participants give a spoken presentation of a legal issue or problem to an opposing counsel. Mooting offers law students the closest experience they can have whilst at university of appearing in court.

Elliot describes his experience of studying our GCSE and A level courses as a home educated student – including the positive impact our expert tutors had on his education.