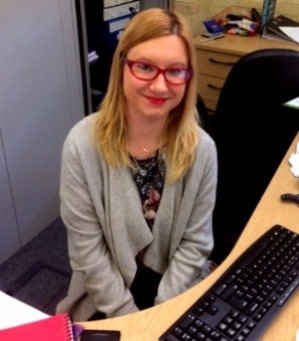 Today’s NEC Blog is written by team member Simone, herself a recent graduate and more than familiar with the choices students find themselves having to make. She has this to say about her own experiences: ‘My own degree as a recent graduate was in American Literature and Creative Writing, at which point my Computer Science friends made jokes about poor, starving artists and my parents asked me if I was going to write articles about how I didn’t have a job. So far, I am neither starving nor unemployed and I loved my course. I have friends who are now physiotherapists, teachers, data scientists and funeral proofreaders. Your degree subject is an important choice, but it is equally important to know that your future success, fame or happiness does not hinge on this single decision.’

The variety of degree courses now offered by universities is continuously growing and ranges from the traditional academic options such as the STEM subjects, history and literature to more vocationally specific degrees like physiotherapy and accounting. With so many choices available, student debt up and the graduate job market down, the pressure to make the right decision can be overwhelming and stressful for many learners going on to the next steps of their studies.

At NEC, we were curious whether the combined rise in tuition fees and changes in graduate job markets were influencing students to study more vocationally specific degrees which directly train students for a job once they have graduated, over traditional academic subjects which focus more on transferable skills and critical scholarship.

A 2015 BBC article compared the most popular degree courses from 2007 to 2014 to try to answer this question, noting that “English, for example, lost around 10% of its applications in 2012 [when the tuition fees were raised] and has not been able to fully recover the lost ground since.” By comparison, it claimed that nursing had seen the biggest growth in applicants, with psychology and law taking the second and third spots in admissions numbers.

While the Telegraph does not represent all degree choices across the UK, as it is based on users who searched for courses with the Telegraph course finder, a 2016 Source Magazine article which used UCAS data to inform its top 10 list found similar results.

This evidence would suggest that the high cost of tuition fees and the changing job market may indeed be influencing more students to select vocational degrees or job specific academic subjects like law and psychology. However, it also highlights that these courses were already an appealing option for many learners.

Vocational courses are popular degrees for a number of reasons, beyond the fact that they train a student directly for a workplace environment. For example, the NHS previously offered bursaries for physiotherapy and other health courses which lead to professional registration, offsetting the student loan – although as of 2017 this funding has been decreased.

Vocational and less traditional degrees are also becoming more respected by educators and employers, which may encourage a larger number of students to view them as a credible option.

So which option should you take?

It is a common assumption that some qualifications are more likely to lead to well-paying graduate jobs than others. Degrees in medicine/dentistry, engineering and accounting are considered to be more financially lucrative compared to creative arts and humanities qualifications. You could argue that psychology and law straddle the two – they are both academic and job-specific subjects, with strong starting salaries. So should you study one of these?

Unfortunately, there is no cheat sheet for the job lotteries or life.

Admissions departments are in general seeing more students apply for Higher Education degrees than ever before, despite the high cost of tuition and the dips in the graduate market. Moreover, market data suggests that graduates increasingly end up working outside of the fields they studied. Your degree subject is an important choice, but it is equally important to know that your future success, fame or happiness does not hinge on this single decision.

While vocational degrees seem to be winning in the polls against many academic subjects, there is no sure way of knowing what the future will bring.

But whatever you choose…

NEC offers a range of A level, GCSE, business and book-keeping courses to support you in your decision, whether you want to learn new skills to make you stand out from the job market crowd, get back into studying or are considering a change in career entirely. We have also launched a series of NEC Career Tracks guides, the first of which focuses on Nursing and is available to download for free.

You can find more information on the course pages on our website, or you can get in touch and speak to our team. We can also be found on social networks including Twitter and Facebook.