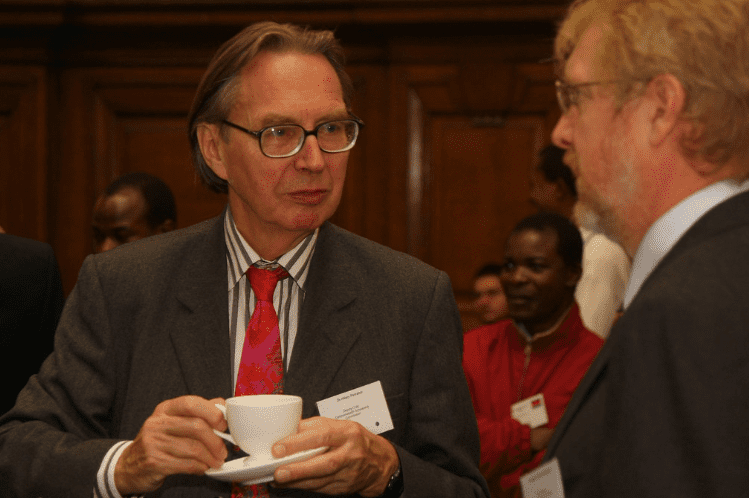 Hilary Perraton, one of the first members of staff of the National Extension College (NEC), sadly died of cancer on 15th November 2021. (Obituary in Guardian https://www.theguardian.com/education/2021/dec/27/hilary-perraton-obituary)

During his life he made a significant contribution to shaping the discipline of open and distance learning as a thinker, writer, researcher and teacher and laid the foundations for promoting flexibility in education as a key to widening access and to development. The rethinking involved moving from the model of the institution at the centre to putting the student in the centre and paved the way for the establishment of the UK Open University and many other open schools, colleges and universities across the world.

NEC was founded by Michael Young (Lord Young of Dartington) and Brian Jackson in 1963 to do something practical about the stark inequalities of opportunity after the second world war where many people had their lives and education disrupted. They were interested in using open and distance learning to reach people that the formal education system could not.

Announcing the establishment of NEC , Michael said: “Ours will be the invisible college of Cambridge – who are to be the students? – They will be those people who need a second chance- those who did not have the education they would like when they were younger and are not getting it now”

The founders of NEC had a significant challenges to overcome, firstly to counteract the poor reputation of the existing correspondence provision and secondly to build a new and innovative model for distance learning which used a wide range of media including broadcasting and science practical kits and carefully designed course materials which were engaging and built on the life experiences of the learners.

“Hilary as the education director was a key player in this as well as building the administrative infrastructure which was essential to the success of the College.”

Once NEC was up and running, the model was of great interest to developing countries needing to expand their own educational provision with scarce resources. This interest led to Hilary and Michael Young setting up the International Extension College (IEC) in 1971 to provide consultancy and support for these countries and to support pilot programmes. He was seconded from IEC to help establish the Botswana Extension College which eventually became the Open University of Botswana.

Hilary left IEC at the end of 1983 to take up a post in adult and non-formal education at the Commonwealth Secretariat. Drawing on his extensive range of contacts across the Commonwealth he was the chief architect with Lord Asa Briggs in the conceptualisation and creation of the Commonwealth of Learning [COL] devoted to promoting the use of distance learning for socio-economic development and for social justice: https://www.col.org/news/tribute-to-hilary-perraton/

On retirement from the Commonwealth Secretariat, Hilary spent 18 months at the University of the West Indies helping to develop their distance learning programmes. When he returned to Cambridge he founded and became the first director of the International Research Foundation for Open Learning, a specialist research agency, with charitable status, whose purpose was to support and carry out research on open and distance learning. Its particular concerns were with education in developing countries and the development of policy for open and distance learning. After retiring as its director he became a research associate of the von Hügel Institute of St Edmund’s College, Cambridge, in order to continue research in education.

Hilary maintained his relationship with NEC, by serving on its Board of Trustees, where his sound advice helped the Board and the staff to plan NEC’s programmes.

He leaves a legacy of excellent research through his publications on open and distance learning and international education. Titles include Alternative routes to formal education (ed.) (Johns Hopkins University Press 1982), Distance education for teacher training (ed.) (Routledge 1993), Open and distance learning in the developing world (Routledge 2000, second edition 2007) and Learning Abroad: A history of the Commonwealth Scholarship and Fellowship Plan (Cambridge scholars Publishing 2009).

But perhaps his biggest legacy is the wise and practical support he has given to all the organisations he contributed to and NEC owes him a big debt of gratitude.