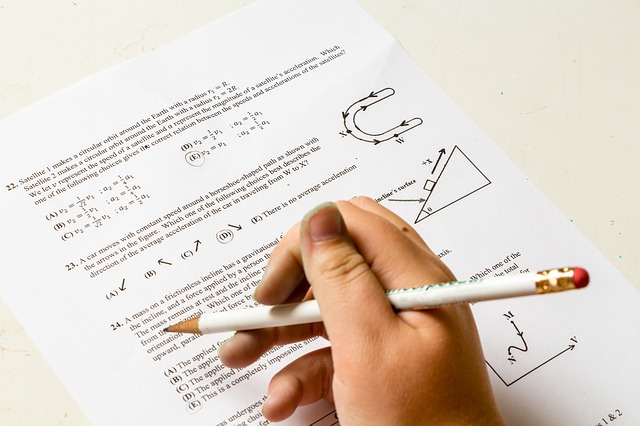 In primary and secondary schools across England, pupils are being put through their paces. Last week, key stage 1 children (six and seven-year olds) embarked on a series of four national curriculum tests covering arithmetic, reasoning and SPaG (spelling, punctuation and grammar). This week, it’s the turn of the country’s year 6s (10 and 11-year olds). After seven years of compulsory education, their mastery of reading, writing and maths is under scrutiny. Some year 6 pupils will sit a science sample test too.

GCSE, IGCSE, AS and A level exams also start this month and continue well into next. Imagine doing your driving test and then doing it again and again, several times a week for more than a month. For a million of Britain’s teenagers, that’s what the next few weeks are going to be like.

With schools’ reputation and university places at stake, what is the sensible course of action for parents who want to support their sons and daughters through testing and exams? A straightforward answer is that it depends on the age of the child.

The National Literacy Trust carried out a review of research into the impact of parental involvement with their children’s education. It found unequivocal evidence that the impact on educational attainment is positive, especially in reading. In other words, children whose parents help them learn at home do better at school. A study carried out in 2011 by the OECD (Organisation for Economic Co-operation and Development) in 14 countries concluded that active parental involvement with school work in the early years of a child’s education is ‘a significant trigger for developing children’s reading skills’. The benefits are long-lasting: children whose parents had actively supported them when they were in primary school were six months ahead in reading even at the age of 15.

Pink Floyd’s famous dictum to ‘leave those kids alone’ seems to be good advice for mum and dad as well as teachers. Research conducted this year by The National Citizenship Service found that young people consider parents a distraction or even a frustration when they need to get down to some serious revision. Leaving teenagers in peace, ignoring the time they spend on their phone and letting them watch hours of TV may seem counterintuitive to an older generation – but it may well be the most helpful thing for parents to do.

NEC student Angela Parfitt is supporting her children’s education by leading by example. Although she gave up A level French when she was 17, she was inspired to make up for lost time when her son opted to study French at A level, knowing his mum would be able to help him. Doing role plays with him during his mock exams, she thought: ‘I could do this!’

Angela has kept up her conversational French throughout her career in conversation classes at work, first at Hewlett Packard in the US and now at the law firm in Bristol where she works in human resources. She postponed signing up for French A level herself until October last year as she didn’t want to sit it the same year as her son and risk being given a higher grade than him. She studies whenever she can fit it in, including on Fridays, a day when she isn’t at work, and sitting outside her daughter’s ballet class each Tuesday evening.

The very best of luck to Angela, all NEC students and the estimated 50,000 people in the UK who are sitting GCSEs , IGCSEs and A levels as private candidates this year!

To find out more about NEC, our learners and the wide range of flexible distance learning courses we offer, get in touch and speak to our team or browse the course pages at our website.